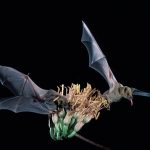 If you think tequila gives you headaches, you’ve got nothing on lesser long-nosed bats. The bats feed on the nectar of the blue agave, but because the plants die after they flower, tequila producers harvest them just before they blossom. That means the bats miss out on meals and the agave miss out on genetic diversity from traditional pollination. Thanks to an initiative by the nonprofit Tequila Interchange Project, a handful of tequila distillers have pledged to set aside 5 percent of their agave crop to flower. The resulting “bat-friendly” tequila comes as a welcome tonic for the formerly endangered bats. Is the era of overfishing coming to a close? In May, the U.S. government released more evidence of progress in rebuilding fisheries. After three fish stocks rebounded last year, the number of overfished stocks fell to 35, or just 15 percent of the national total. While fisheries worldwide are under serious pressure—with 90 percent fully fished or overfished—the United States is demonstrating that the problem can be dealt with. Much of the credit goes to catch shares and related forms of property rights to fish stocks. By allotting a portion of the overall allowable catch to each fisherman, such systems align the incentives of fishers with the long-term health of U.S. fisheries. A fire “fix”? Maybe not. Wildfire season is underway, but lawmakers already approved several forest management reforms in the omnibus bill passed earlier this year. One set aside disaster funding for wildfires, part of an attempt to end “fire borrowing”—the Forest Service’s practice of diverting funds from non-fire-related accounts to fight urgent fires. But if federal spending on floods and hurricanes is any guide, the change will do little to decrease total fire costs. Dedicating lots of funding to disaster response can encourage more people to live in high-risk areas and give agencies no incentive to reduce costs—all at considerable cost to taxpayers. The Seychelles is trading debt for dolphins. The island archipelago nation recently finalized a novel deal to protect 81,000 square miles of ocean resources. The agreement, funded by public and private parties and headed by the Nature Conservancy, sees the country swap $22 million of sovereign debt for marine protected areas that will conserve sea life and coral reefs. One aim is to curb overfishing. With an economy largely dependent on fishing and tourism, the exchange makes sense for the Indian Ocean country on multiple fronts. Montana tries to make predators bearable. Dead livestock in bear country can lure predators onto ranches and spur dangerous confrontations between humans and wildlife. This spring in Montana, state wildlife agencies, the stockgrowers association, and wildlife federations joined the U.S. Fish and Wildlife Service to implement a carcass-removal program. Their efforts build on local programs that documented how removing dead livestock from ranches to a compost station reduced negative interactions between humans and bears, ultimately leading to more support for bear conservation. In Tajikistan, hunters are taking aim at goat conservation. Populations of the Bukharan markhor goat dwindled dangerously close to demise in the 1990s. But as bioGraphic has reported, hunting-driven conservation efforts have helped quadruple the goat’s numbers to 2,000 today. The goat, known for its towering twisted horns, had suffered from habitat loss, disease, and poaching by hungry locals. Hunters contribute 60 percent of their $120,000 per hunt fees to locals for community projects. And by allowing select markhor hunts, concessionaires not only protect the goats but also benefit the snow leopards that prey on them, all while providing locals incentives to conserve these at-risk species. National park entry fees get a hike. At the beginning of June, the National Park Service raised rates for most types of entry passes by $5. The modest fee increase means that visitors will be investing millions more toward the future of our parks—which urgently need it. The agency faces nearly $12 billion in overdue maintenance projects. Given that 80 percent of fees collected within a park stay within that park, the estimated $60 million in additional annual revenue means parks can address the deferred maintenance backlog, as well as more routine needs, without relying on unreliable congressional appropriations. Running your car on air? Sounds like a tailpipe dream. But Harvard scientist David Keith and his company, Carbon Engineering, recently reported on their pilot effort to convert atmospheric carbon dioxide into hydrocarbon fuels. Their low-end cost estimate comes out at just under $100 per ton of CO2. While that’s not exactly cheap, it looks like progress compared to the $600 figure settled on by a panel of experts in 2011. With more research, perhaps the air-into-fuel process will become cost-effective one day. The company aims to complete a direct-air-capture plant that can operate on an industrial scale by 2021.