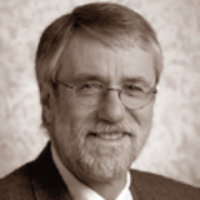 The effect of government policy changes on the private sector has been the unifying theme that ties together Daniel K. Benjamin’s broad-scale research. He not only examines the outcomes of policy changes, but also the reasons behind the modifications.

Taxes, unemployment, risk assessment, and drugs have been the focus of much of Benjamin’s research. His column, “Tangents,” which appears in PERC Reports, examines the links between research and public policy. He has used this forum to address a wide range of topics from solar power and biodiversity to ozone standards and fuel efficiency regulations.

His current research involves the perception of environmental risk and whether people view these risks in an unbiased manner. At odds with some conventional wisdom, the evidence indicates that people perceive risks accurately, without either exaggeration or minimization. He also has recently completed a comprehensive analysis of the economics of recycling. This work has led him to conclude that most municipal recycling programs in the United States actually waste resources and probably do little, if anything, to benefit the environment.

Benjamin is the author of numerous scholarly articles and books, including Undoing Drugs: Beyond Legalization, an assessment of America’s war on drugs. He has also served as the associate editor of the journal Economic Inquiry.

In 1994, he joined PERC as a senior fellow and the director of the PERC Fellowship Program for graduate and law students with an interest in natural resources and the environment. Benjamin supervises students who come to Bozeman for an intensive quarter of research and scholarly writing.

He was a national fellow at the Hoover Institution at Stanford University and a visiting distinguished scholar at the University of Liverpool, England. He also served on the executive committee of the Western Economic Association.

During the Reagan administration, he spent several years in Washington, D.C. where he was deputy assistant secretary for policy and then chief of staff at the Department of Labor. Earlier, he had served as a staff economist with the President’s Council of Economic Advisers.

Benjamin and his wife have two children. They live in Clemson and spend summers in Bozeman. Both are avid hikers and Benjamin is a seasoned sailor. Do government investments in energy efficiency pay off? Keep Calm and Frack On

The benefits of fracking may be even greater than we thought. A Cold Day in July

New research on the life-saving power of air conditioning. The Hole in the EPA’s Ozone Regulations

The EPA's past efforts to limit ozone emissions backfired. Will its new regulations actually work this time? When it comes to protecting fisheries, not all property rights are created equal.

The Economics of Recycling

People in Regina, Saskatchewan were shocked to learn their household glass wasn't being recycled. On CBC's Morning Edition, Dan Benjamin helped them understand why.