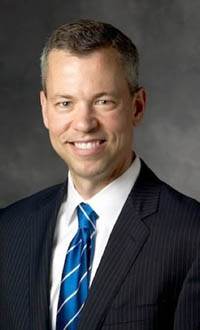 Dino Falaschetti is a former executive director of PERC. He also serves as Special Consultant to Economists Incorporated, which offers research-based analysis and strategic advice to corporations, government agencies, and legal counselors worldwide.

Dr. Falaschetti earned a PhD in economics from Washington University in St. Louis (with fields in political economy, economic theory, and industrial organization), an MBA with high honors from the University of Chicago Booth School of Business (with concentrations in economics and finance), and a BS with distinction from the Indiana University Kelley School of Business (with a major in accounting and work-in-depth in philosophy).

‘Clean Energy’ Is Cooling The Economy And Damaging The Environment

Our nation continues to pile precautionary energy policies onto a struggling economy, but we’re bumping into an inconvenient truth.

If our challenge is “change,” we might do better by turning to America’s strength in financial services rather than its relative inexperience in centrally directing resources.

Environment and Liberty: Working Together Toward a Brighter Future

Can insurance be good for the economy and the environment?

The Environment and Liberty Campaign will fund a coordinated set of research, education, and outreach programs aimed at strengthening both economic and environmental performance. These programs…

Does Climate Change Worry You? How About Insurance To Cover Its Consequences?

With private investment in green energy down 34 percent between 2011 and 2012, proponents of subsidies for R&D struggle to make their case. For example,…