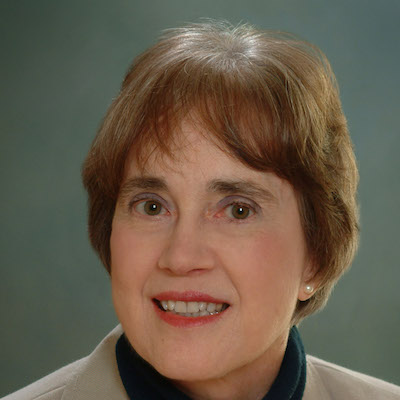 Before joining PERC, Jane S. Shaw (who also writes under the name Jane Shaw Stroup) was a journalist who had developed an uneasy feeling that much of the commentary about environmental policy that she read—and even some that she wrote—was tilted in the wrong direction. The usual solution to an environmental problem was to turn it over to the government. She had become uncomfortable with this policy.

In 1983, while an editor at Business Week Jane attended PERC’s National Conference for Journalists in Montana. There she discovered a group of people who had thought carefully about environmental issues and concluded that the role of government was overrated and the value of the private sector too often ignored. A year later, she joined PERC (and in 1985 she married one of PERC’s founders, Richard L. Stroup). Today, Jane is a principled advocate of market approaches.

After directing PERC’s editorial outreach program for many years, Jane joined the James G. Martin Center for Academic Renewal in Raleigh, North Carolina, in 2006. (It was then called the John W. Pope Center for Higher Education Policy.) She became its president in 2008. In 2015, she retired and is now chairperson of the center’s board of directors. She also edits two blogs, libertyandecology.org, and janetakesonhistory.org.

Jane has written and edited hundreds of articles about environmental, economic, and educational topics. Her writings have appeared in such publications as the Wall Street Journal, the Washington Times, and USA Today, as well as more academic outlets such as Public Choice and the Cato Journal.

Jane is a past president of the Association of Private Enterprise Education (APEE).  She is the editorial advisor for Econ Journal Watch, a member of the Editorial Advisory Panel of Regulation, a senior editor of Liberty, and a member of the Editorial Advisory Council of the Institute of Economic Affairs (London). She lives in Raleigh with her husband, Richard Stroup.

The March 1996 issue of PERC Reports included an essay by Earth First! co-founder Dave Foreman. Several letters to the editor expressed gratitude, others suggested we'd been wrong to provide a platform for a radical activist. We compiled several of the letters to highlight the debate.

Ahead of Its Time, Or a Bad Idea?

The University of North Carolina at Chapel Hill is trying to become “coal-free” by 2020 but can’t find any torrefied pellets, which are a biomass…

The editor of a scientific journal resigns, apologizing for publishing a paper that questions the conventional thinking about global warming. So, we are having show…

No Ziploc for This 6-Year-Old

by Jane S. Shaw Canada’s National Post reports that a six-year-old boy was not allowed to participate in a lunchtime drawing for  a stuffed teddy…

A Break with the Past

by Jane S. Shaw The Boston Globe reports that New Urbanism is being challenged by “landscape urbanism,” an approach to planning that is comfortable with…

Why So Bad at Science?

by Jane S. Shaw The New York Times reports that U. S. high school students are sadly lacking in their understanding of science. Could that…