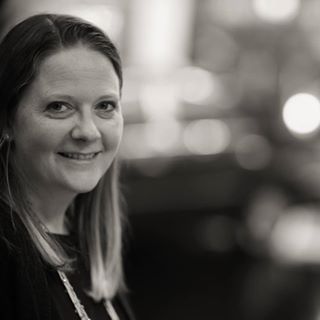 Kristi Kendall is an expert in content production, messaging and storytelling, widely recognized for her work with high profile individuals about how they present themselves and their stories.  Throughout the course of her 20+ year career, Kristi has developed an expertise in leveraging the power of story to bring together unlikely collaborators to work synergistically on projects that help shape public opinion and impact.

Kristi began her career in 1997 at the ABC News magazine 20/20 where she produced nearly a hundred pieces and specialized in humanizing and communicating engaging narratives about complex policy and economic ideas.  In 2009, she became John Stossel’s executive producer at Fox News and Fox Business, where she launched his highly-rated weekly show and oversaw more than a dozen documentary hours for Stossel and others. In 2014 she became the EVP at New Balloon, the cross-platform media company launched by Elizabeth Koch that leverages moving picture content as a means of encouraging connectivity, compassion, and conversation. Recent notable projects include The Creative Brain with David Eagleman, Kasi Lemmon’s, Harriet, Cary Fukunaga’s, Beasts of No Nation and Rodrigo Garcia’s, Last Days in the Desert.

Kristi is the recipient of the Paul Mongerson Prize for Investigative Reporting, the Michael DeBakey Journalism Award, the NLGJA/Siegenthaler Excellence in Journalism Award, the Templeton-Cambridge fellowship and was recognized by the National Academy of Television Arts & Sciences for her role in ABC’s coverage of September 11, 2001. Kristi lives in Brooklyn, New York, with her husband, two kids, dog and cat.