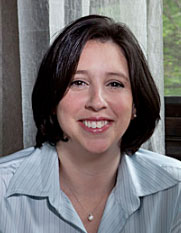 Naomi Schaefer Riley is a weekly columnist for the New York Post and a former Wall Street Journal editor and writer whose work focuses on higher education, religion, philanthropy and culture. She is the author of six books, including, The New Trail of Tears: How Washington Is Destroying American Indians, out from Encounter this summer.

Ms. Riley’s writings have appeared in the Wall Street Journal, the New York Times, the Boston Globe, the LA Times, and the Washington Post, among other publications. She appears regularly on FoxNews and FoxBusiness and CNBC. She has also appeared on Q&A with Brian Lamb as well as the Today Show. The New Trail of Tears: How Washington Is Destroying American Indians

The New Trail of Tears is a must read if you care about the plight of poor people, in general, and American Indians, in particular.