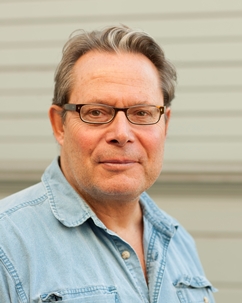 Peter Kareiva is an adjunct professor of the Institute of the Environment and Sustainability at UCLA, as well as CEO and President of Aquarium of the Pacific. He previously served as the director for the IES at UCLA and was named the Pritzker Distinguished Professor in Environment & Sustainability. Before coming to UCLA, Kareiva was the chief scientist and vice president of the Nature Conservancy, where he was responsible for maintaining the quality of over 600 staff engaged in conservation science in 36 countries around the world.

Kareiva studied political science and zoology at Duke University for his bachelor’s degree and ecology and applied mathematics at Cornell University for his Ph.D. He is the author of more than 150 scientific publications and author or editor of eight books, including a textbook on conservation science.  His most recent book (2017), Effective Conservation Science: Data not Dogma challenges conservationists to question received wisdom, and look to their data for surprises and new ideas that could be key to sustaining biodiversity.

Kareiva is a Fellow of the American Academy of Arts and Sciences and a member of the National Academy of Sciences. Prior to joining the Nature Conservancy, Kareiva was the director of Conservation Biology at the NOAA Northwest Fisheries Science Center, and prior to that he was a professor at the University of Washington and Brown University, with teaching or faculty stints at Stanford University, University of Virginia, Uppsala University, and Oxford University.

His current research concerns the connection between humans and nature, and the varied ways people of different cultures value nature, as well as inequities in access to nature and decent environments.  He is generally interested in the mix of individual behavior, corporate practices, and government regulations or incentives that will be most successful in conservation.  Finally he has just begun to do research on science communication, particularly with respect to climate science.  In the past Kareiva has published on biotechnology, agriculture, risk assessment, climate change, invasive species, and the importance of getting our children into nature.

He believes universities need to do a better job engaging with communities, and providing their advanced students with diverse career pathways, as opposed to simply reproducing professors. Hybrids, Humans, and the Future of Conservation

A conversation with ecologist Peter Kareiva.