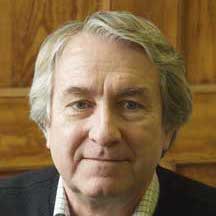 The focus of Stroup’s research centered on his concern that in the rush to protect the environment at any cost, individual rights have been violated and ignored. His work advocates for restoring people’s rights against both polluters and against false claims of damage as the best ways to ensure environmental protection. Both measures would increase the effectiveness and the marketability of further environmental programs.

Stroup is a widely published author and speaker on economics, natural resources, and environmental issues. He is the author of a primer on environmental economics, Eco-Nomics: What Everyone Should Know About Economics and the Environment. Published by the Cato Institute, it received the 2004 Sir Antony Fisher Memorial Award.

He is also recognized for introducing the public choice school of economics in a leading economics principles textbook that he co-authored with James D. Gwartney. Economics: Private and Public Choice, which now also includes Russell S. Sobel and David A. MacPherson as co-authors, will publish its 17th edition in 2021. He is also co-author of an innovative text, Common Sense Economics: What Everyone Should Know about Wealth and Prosperity (St. Martin’s Press).

A native of Washington state, Stroup received his Ph.D. in economics from the University of Washington in 1970. During the Reagan administration, Stroup served as the director of the Office of Policy Analysis at the Department of Interior. Reflections on “Saving the Wilderness”

"Saving the Wilderness” explained how the managers of the Rainey Preserve used market relationships to enhance private land management and how they and similar managers could, if allowed, improve the management of government land, too. Friedman’s Legacy for Freedom and the Environment

The freedom fighter's legacy lives on Why economic understanding is an essential ingredient for life in today's society.

The Insider Spring 2005 By James Gwartney, Richard L. Stroup, and Dwight R. Lee 1. INCENTIVES MATTER. All of economics rests on one simple principle:…

Save the Environment, Free the Markets

Book Review Eco-nomics: What Everyone Should Know About Economics and the Environment By Richard Stroup Cato 2003   The Journal of the James Madison Institute… Eco-Nomics: What Everyone Should Know About Economics and the Environment

Understanding how economic analysis can help protect the environment.