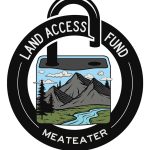 MeatEater’s auction house of oddities. Steven Rinella and his MeatEater crew have assembled a bazaar of the bizarre to raise funds for the venture’s Land Access Initiative, which uses private dollars to enhance access to the 15 million acres of inaccessible public land throughout the West. Up for auction are outdoor oddities ranging from Janis Putellis’s first pheasant tail to bottled skunk stink to a bear baculum. One wingbone turkey call made by hunter-extraordinaire Clay Newcomb already sold for $1,000, showing how MeatEater’s creative marketplace can help channel private dollars into public access. 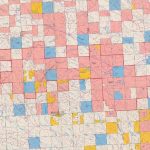 Going digital. Due to the checkerboard nature of many western lands, public access is a significant source of conflict between the U.S. Forest Service, private landowners, and public land users. In Montana’s Crazy Mountains, for instance, conflict over disputed trails led to a lawsuit in which a trial court recently upheld a compromise between the federal agency and a private landowner. To diminish such disputes in the future, Congress recently enacted the Modernizing Access to Our Public Land Act, or MAP Act, which requires federal land management agencies to collect and digitize information about public access. A similar effort in Montana and Idaho has identified easements opening up 29,600 acres previously thought to be landlocked. 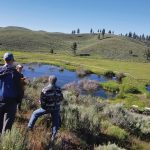 Muddy WOTUS. The uncertain reach of the federal Clean Water Act over privately owned wetlands has been a persistent source of conflict for a half-century. In April, PERC filed an amicus brief in the U.S. Supreme Court highlighting its research that shows how lack of clarity can cause federal enforcement to be unfocused or haphazard, make wetlands a liability for private property owners, and breed ill will between landowners, conservation interests, and regulators. This conflict ultimately discourages market solutions to conserve and restore wetlands. 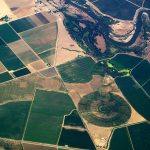 Getting the most from every drop. In a paper published in the Journal of Political Economy, past PERC fellows Andrew Ayres, Kyle Meng, and Andrew Plantinga attempted to quantify the benefits of a market for a major aquifer in water-scarce southern California. They estimated that a groundwater market there resulted in agricultural land values 220 percent higher, on average, than for nearby land subject to an open-access water regime. The market not only led to increased property values, but it also resulted in higher levels of groundwater, demonstrating how environmental markets can improve resource management and help people do more with less. 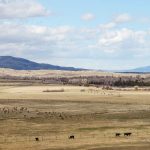 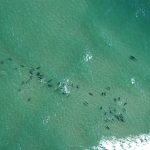 As sharks proliferate, tech bites back. After the debut of “Jaws” in 1975, decades of indiscriminate hunting slashed the number of great white sharks off the coast of Cape Cod. Since then, conservation efforts have led to a rebound of the sharks as well as their favorite food source—gray seals. But with more fins in the water, Northeastern beaches have now seen several high-profile shark attacks, inspiring “enviropreneurs” to pursue new technologies to keep swimmers safe. One, an app called Sharktivity, provides real-time alerts every time a tagged shark swims by a network of buoys. Another, developed by Moosh Systems, uses drones to spot sharks in the surf. Both aim to help resolve a potent source of conflict with wildlife on land and sea: overabundance. 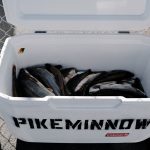 Save a salmon, and make money doing it. Northern pikeminnows are voracious eaters, consuming millions of young salmon and steelhead each year. To protect salmon populations, the Bonneville Power Administration will pay you cash to catch pikeminnows in the Columbia and Snake Rivers from May through September. Payments start at $6 per fish but increase the more you catch, reaching as high as $10 for each fish. Last year, one angler pocketed $61,000—not bad for five months of fishing. Biologists estimate the reward program has reduced predation on young salmon and steelhead by 40 percent since 1990. 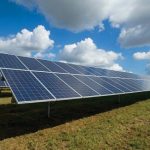 Putting the kibosh on Haber-Bosch? With war and pandemic sending fertilizer prices to record highs, Nitricity is aiming to improve on one of the most important innovations of the last century: nitrogen fertilizer production. The startup, which has launched a successful pilot in California, developed a unique chemical process to fix nitrogen using solar electricity rather than natural gas. The process also decentralizes production because it can be performed on the farm rather than in a factory. The company aims to eventually mitigate more than 10 million tons of carbon dioxide per year—roughly the amount emitted by two million passenger vehicles.