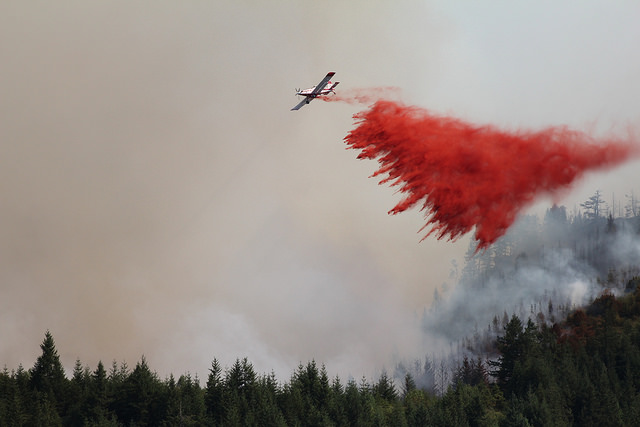 With more than five million acres already burned or burning, 2022 is shaping up to be another devastating year for wildfires in the U.S. America’s forests need to be managed more actively, a task the Biden administration took up earlier this year when it announced a 10-year strategy to reduce excess fire fuels, like downed trees and underbrush, on up to 20 million acres of national forest and 30 million acres of other land. This plan is a step in the right direction, but it’s unlikely to come to fruition if the administration doesn’t first tackle two major obstacles to forest restoration: environmental red tape and litigation.

Projects to clear out fire fuel often face substantial delays. New research from the think tank where I work, the Property and Environment Research Center, found that it takes an average of 3.6 years for efforts to clear downed, unhealthy and too densely grown trees to move from the required environmental review to on-the-ground work. For prescribed burns, the delay is even longer, 4.7 years. And these are the averages. Many urgently needed projects take much longer.

While many bureaucratic, technical and fiscal obstacles affect these delays, red tape and lawsuits are substantial contributors. Fuel-reduction projects are more likely to require an environmental impact statement, the most extensive level of review under the National Environmental Policy Act, than other projects that are covered under NEPA. The process exhaustively analyzes a project’s environmental impact and requires that potential impact be compared with many other hypothetical projects. It can take more five years to complete.

NEPA is intended to serve the laudable purpose of informing decisions, but when delay comes at significant environmental cost, requiring something as rigorous as an environmental impact statement is counterproductive. Last year almost 10,000 acres of northern spotted owl habitat in Northern California’s Klamath National Forest went up in smoke in the Antelope Fire. The Forest Service was well aware that the area was at risk of a wildfire and had a plan to protect it, but the project was tied up for about a decade by environmental reviews and objections from environmental activists who, ironically, were concerned about the owls’ well-being. These sorts of yearslong delays are becoming all too common.

Read the full article in the Wall Street Journal.

What Florida gets right about using controlled burns to prevent damaging wildfires, and what California could learn from it.

This special issue of the journal Land Economics is the result of a 2019 workshop hosted by PERC that explored a range of outdoor recreation issues with a specific focus on funding. Testimony Before the U.S. House on America’s Wildfire Crisis

If Congress can work with the Forest Service to make reforms that promote collaboration instead of conflict and increase partnership opportunities, forest managers can make true progress to fix America’s forests.

While the review process is meant to protect the environment, in the case of forest management, it hinders important restoration work and can do more harm than good.

The National Park Service should look to superintendents on the ground and provide the flexibility to continue experimenting in all aspects of operation.