Nearly half of the western United States is owned by the federal government. In recent years, several western states have considered resolutions demanding that the federal government transfer much of this land to state ownership. These efforts are motivated by concerns over federal land management, including restrictions on natural resource development, poor land stewardship, limitations on access, and low financial returns.

This study clearly shows that state-owned lands in the West achieve much better fiscal results than federally owned lands that have similar multiple-use characteristics and objectives. As western states search for new institutional arrangements to replace the failing public land system, this study is required reading.

Fretwell and Regan took on an ambitious project on a controversial topic – and the result is a job well done. We can expect a lot of interest in this report on Capitol Hill and in state legislatures across the West.

The U.S. Forest Service and Bureau of Land Management together lose nearly $2 billion each year. These agencies receive only 73 cents in return for every dollar they spend on federal land management. 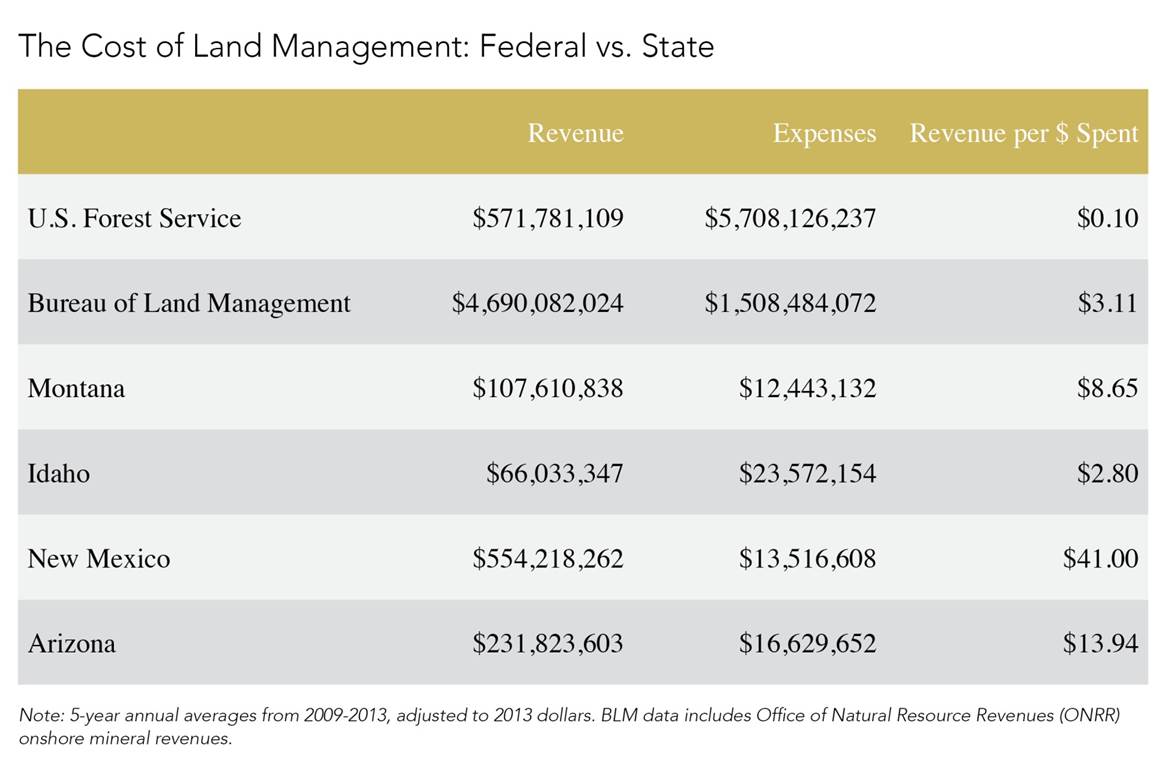 On average, states generate more revenue per dollar spent than the federal government on a variety of land management activities. 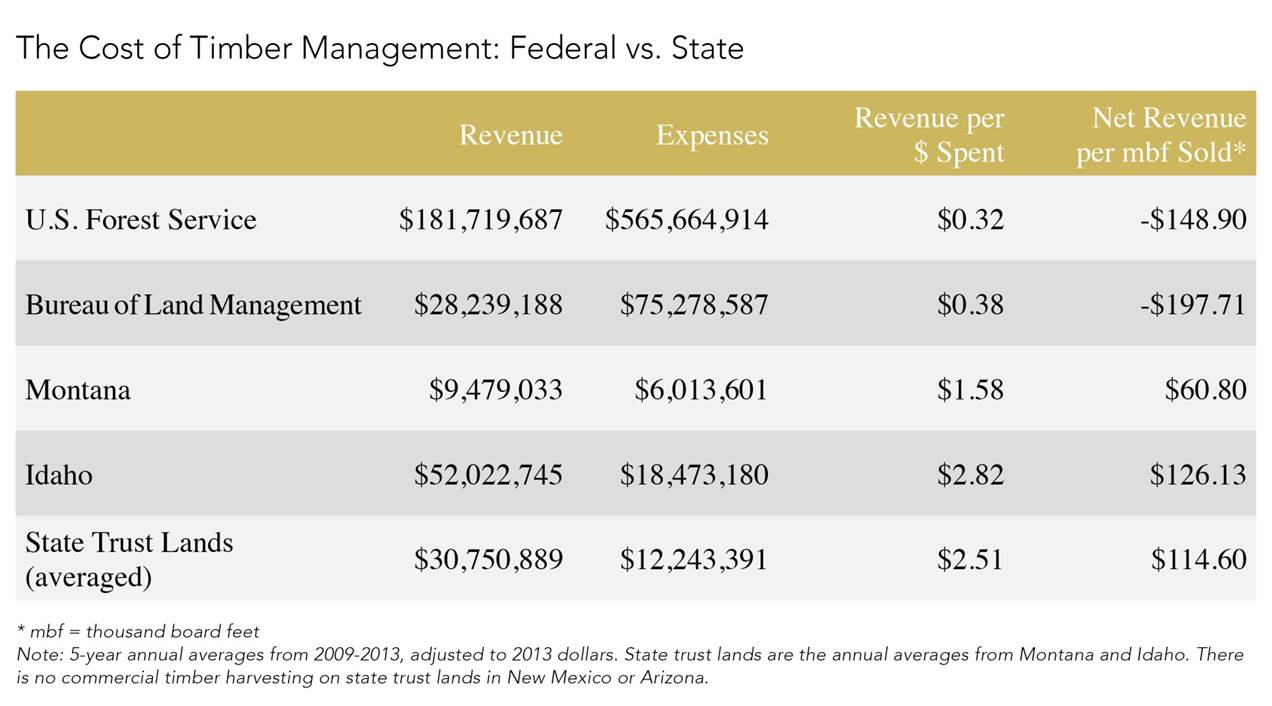 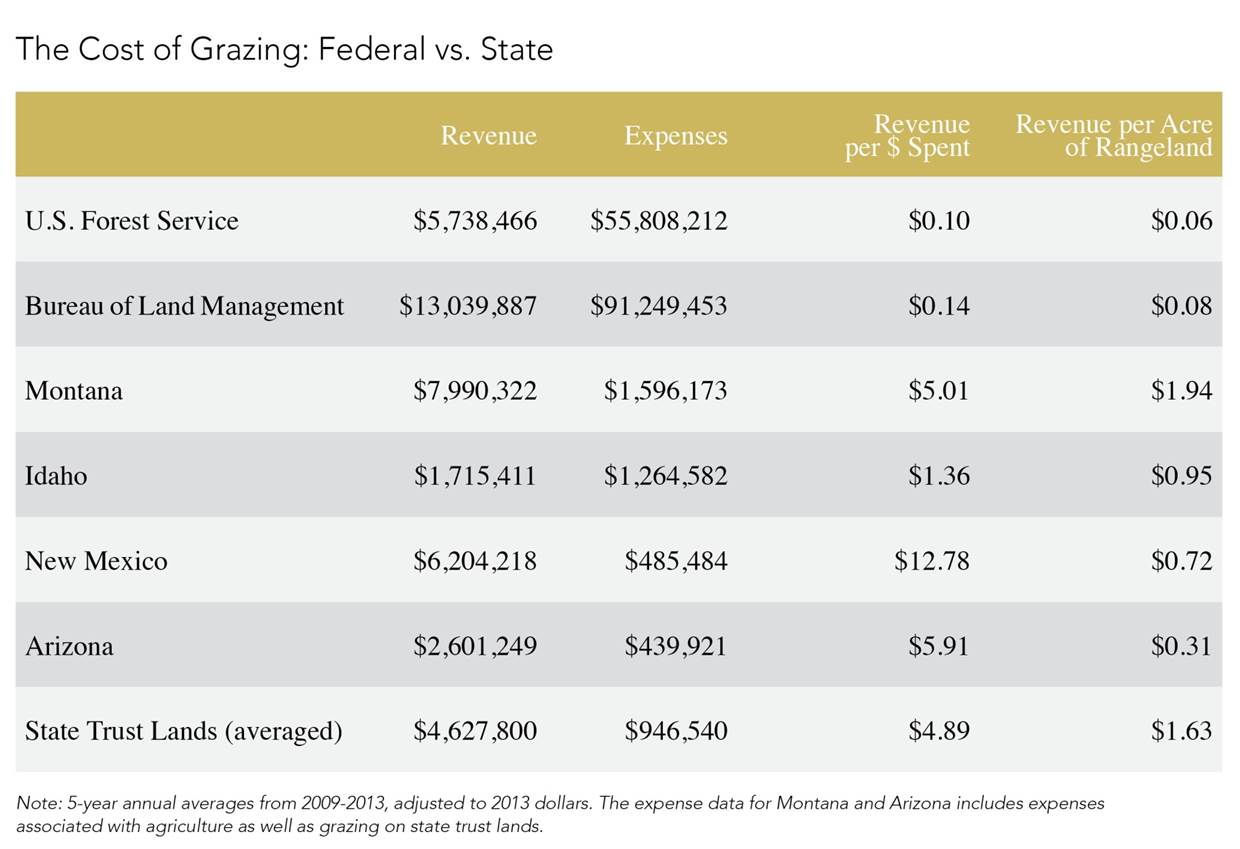 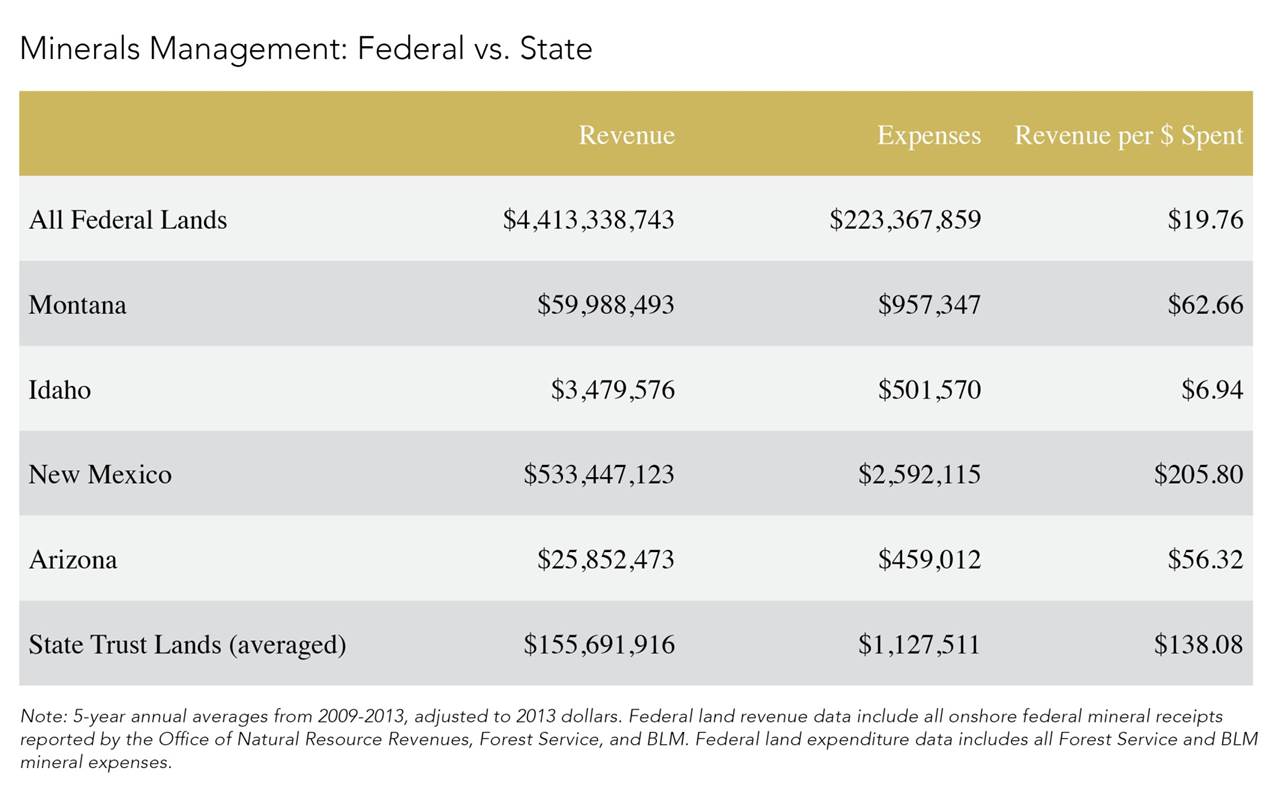 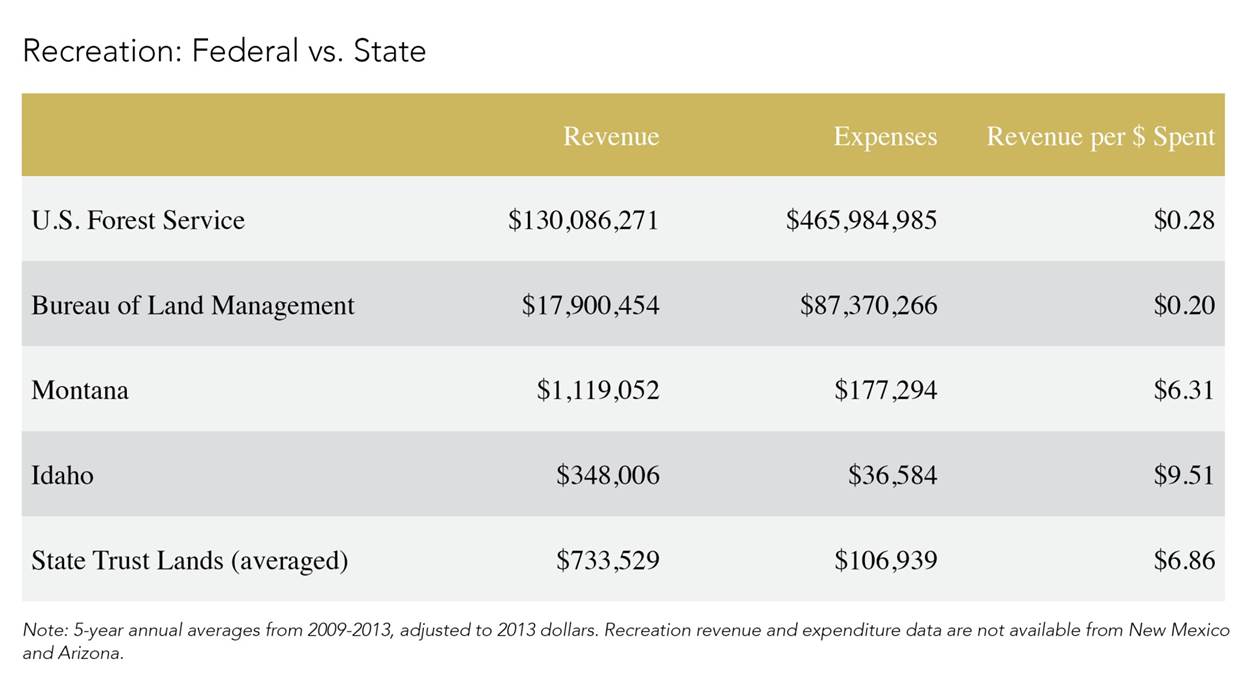 These outcomes are the result of different statutory, regulatory, and administrative frameworks that govern state and federal lands. 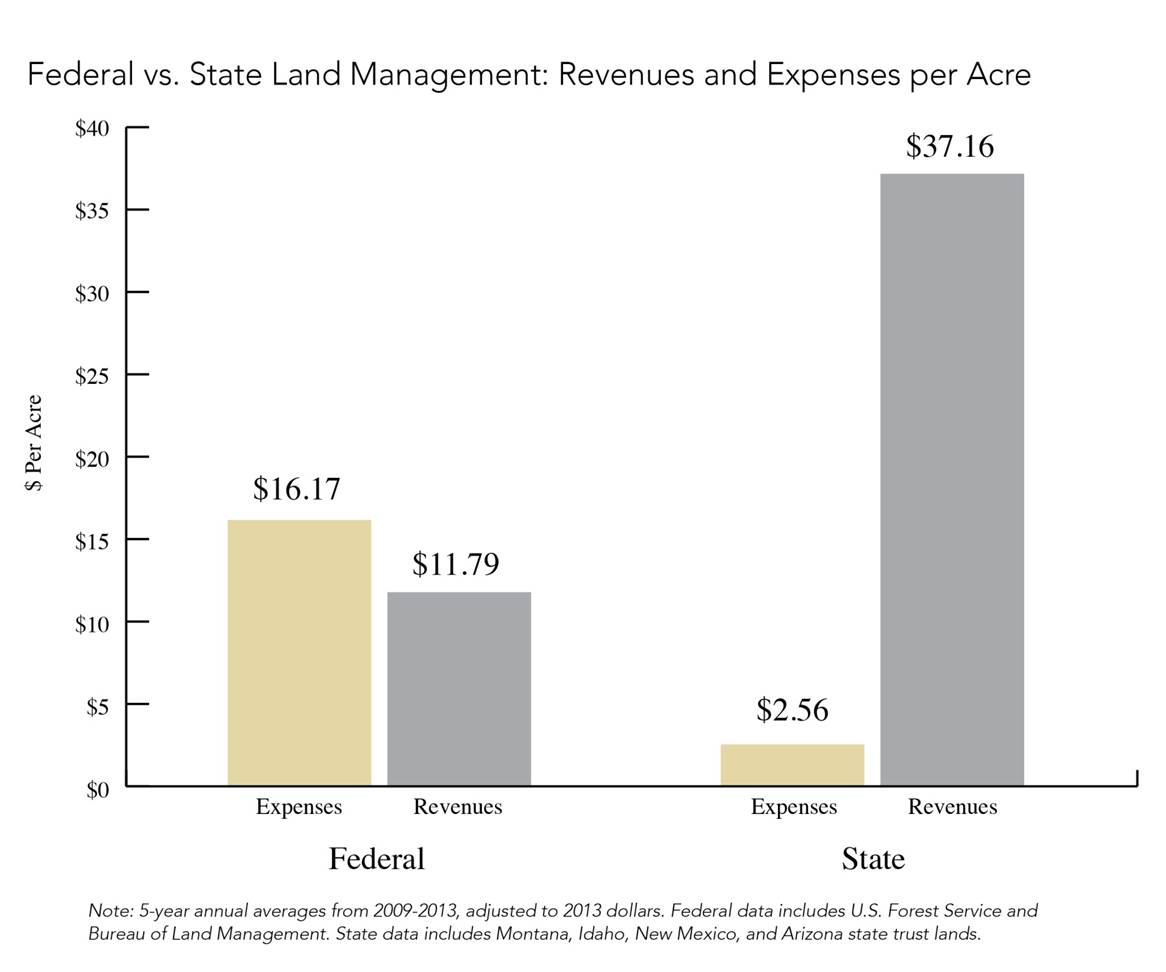